You must login to see topics. If you have trouble, please leave a message in the Guest area.

Join the forum, it's quick and easy
You must login to see topics. If you have trouble, please leave a message in the Guest area.
Would you like to react to this message? Create an account in a few clicks or log in to continue.

I'll gradually add some ideas over time. These are things that are in the serious planning stage, or perhaps are already being created. 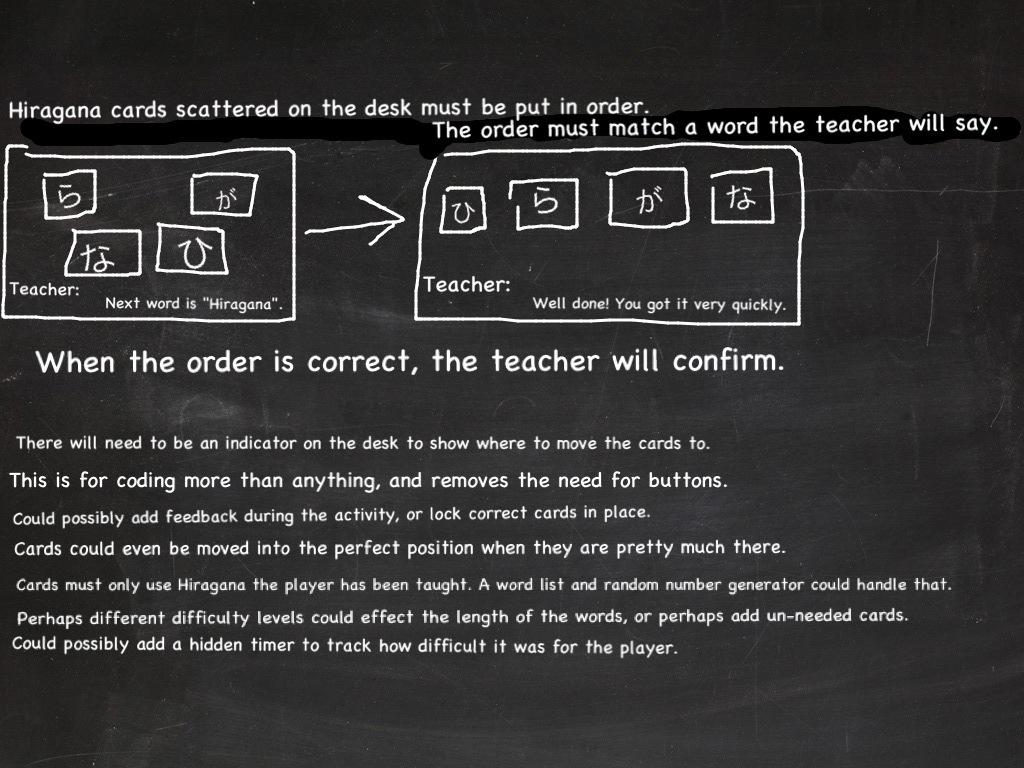 Sorry for the slow progress. As I've said before, real life is crazy busy, so I'll be working very slow.
Also, the muse was kind enough to visit, so I ended up doing a sizeable chunk of writing for my main VN.

Anyway, this idea is almost completed. It works, but I need to tidy up the random word generator. It shouldn't take long as I've done something extremely similar before, it just depends when I have some free time to iron out any potential issues I've missed.

It's still not an exciting activity, but it's hopefully a bit better than the previous one. In this case, the player will be told a word, and they have to move cards in the correct order to form the word. This way there's no wrong answer as such, they just have to keep trying until they get it right.

I've also tried to adjust it so it is flexible about where cards are positioned. They can be put anywhere, and as long as they are relatively close, it will recognise that the player has formed a word. The acceptable distances are very easy to adjust, so hopefully I can get someone to play around and tell me if it needs to be changed, after I upload it.


The code I used for this has some other potential uses, so at some point I want to check if it's viable for getting the player to trace over Hiragana in the correct stroke order and direction using their mouse. It actually seems quite viable for the most part, except for recognising when they make a mistake. That part I'm not so sure about at the moment. Anyway, that's an idea for another time.